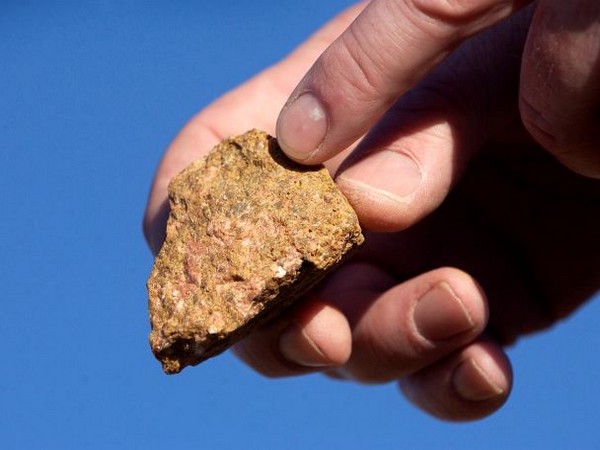 China absolutely dominates the rare earth elements market. In fact, China produced 61 per cent of global rare earths, which equated to 168,000 tonnes, in 2021. Such ascendancy is extremely concerning to countries like the USA, which is intent on reducing its dependency on its number one strategic rival.

China has an estimated 44 million tonnes of rare earth reserves. Next in size are Vietnam, Brazil and India with half that amount, while the USA has only about 1.8 million tonnes. Its annual output is only a quarter of China’s too, at 15.5 per cent of total 2021 production.

Doctor Luisa Moreno, President and Director of Defense Metals Corp, a Canada-based mineral exploration company, told ANI: “I think it was probably around the ’80s when China really started to dominate. Essentially, they basically imported, let’s call it, the processing technology from the United States and other countries. And they started very seriously developing their own resources … They have a lot of processing capacity, and they have many, many deposits, and over the years they perfected how to process it and extract the rare earth in a really competitive fashion.”

The grouping comprises 17 minerals, specifically yttrium, scandium and 15 lanthanide elements. Thanks to their magnetic and conductive properties, they are vital to producing magnets.

In fact, a single wind turbine requires some 600kg of rare earth elements, while every electric vehicle battery needs 1kg of them.

After that, the concentrate undergoes roasting, leaching and chemical separation to purify individual minerals. The finished product is a fine powder.

As well as the commercial sector, these rare earth elements are critical to the military. They are thus found in fighter jets, submarines, night vision goggles, firearms, radars, electronic displays, guidance systems, lasers, radars, sonars and missiles, for example.

Nonetheless, this was a pertinent reminder that all contractors to the US Department of Defense (DoD) must disclose any work or materials originating from China.

Because of such dependence, the USA and others are rightly concerned that their countries are strategically vulnerable, at the mercy of Chairman Xi Jinping.

She added, “There are choke points that we can’t control. If we don’t prioritize on-shoring this, then we are going to have weak points that don’t enable us to really defend ourselves.”

She warned, “There’s a high risk there because you are basically dependent on China for elements that you use in the manufacturing of your equipment, or even weapons and missiles.”

At that time, Beijing allegedly withheld exports of rare earths until the captain was released. Japan was China’s largest consumer of rare earths.

China’s actions caused massive reverberations, not just to the price of minerals, but in the halls of power of countries dependent on Chinese rare earth production and processing.

This has caused greater diversification over the past decade; Chinese production in 2016 made up 83 per cent of global totals, but this has since fallen to 61 per cent.

Again, in 2019 China threatened to restrict exports of some products that use rare earths in retaliation for the Trump administration’s pressure on telecom conglomerate Huawei.

Is the world taking this threat seriously enough, ANI asked Moreno. “I think that is increasing every year that has gone by since 2010 … There is interest, but I think there’s a lack of full understanding of the supply chain and what is required. So the US had the Inflation Reduction Act, for instance, and they allocated hundreds of millions of dollars for the development of critical materials. And a significant amount of that seems to be going more downstream to produce separation facilities, for instance, for rare earths and things like that.”

Furthermore, President Joe Biden signed a determination authorizing the use of the Defense Product Act to boost domestic production and processing of battery materials.

Defense Metals Corp oversees a major deposit in North America. It is in Wicheda, British Columbia in Canada. Moreno, a Canadian physics engineer, said this project is in the pre-feasibility stage.

MP Materials owns Mountain Pass mine, but it intends to restore a full supply chain in the USA. It has announced plans to establish separation and purification facilities, plus a manufacturing facility is being built in Fort Worth, Texas to convert refined materials into alloys and magnets.

Mountain Pass should be able to fulfill all of the Pentagon’s requirements for rare earths. The US DoD has invested USD 200 million in rare earth mining over the past two years, with a special emphasis on neodymium and lanthanum.

As Moreno explained: “So the solution then is for the West generally to be more independent from China. It’s not so straightforward. It’s not like, oh, we’re going to mine more, [because] your whole supply chain is still dependent on China.”

She expressed the hope that Biden will put more investment downstream, but “it has to be an effort of many, many countries … It’s not one country, one solution. It’s going to be several countries to build that supply chain for rare earths and other critical materials.”

Most Chinese mining companies started off as government-owned, and there is a process reversing any privatization. In December 2021, China created the state-owned enterprise China Rare Earth Group to increase efficiency, secure national strategic goals and control pricing levels.

Afghanistan has mineral and rare earth deposits, and this is likely one reason for China’s intense interest there too. One thing is certain, and that is that demand for rare earths will only grow inexorably.

Electric vehicles made up approximately 10 per cent of passenger vehicle sales in 2022, for example. According to one forecast, they could comprise 35-40 per cent of total sales by 2027.