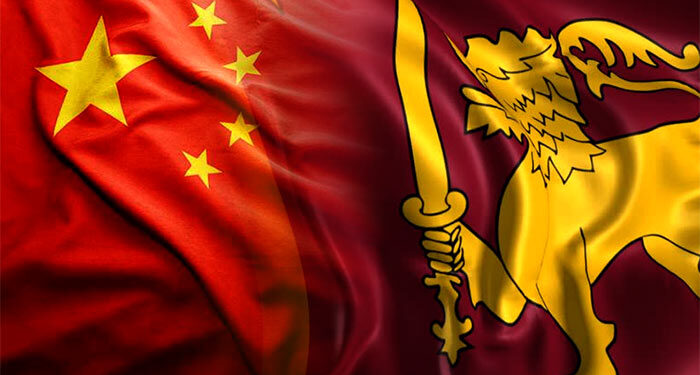 The organic fertilizer import issue which had dented the diplomatic relations with China and Sri Lanka has reportedly taken a new turn. According to the latest developments, the Chinese company, Qingdao Seawin Biotec Group Company Limited has obtained a civil ruling unilaterally from Shandong Qingdao Intermediate People’s Court of China on Dec 7th, 2021 barring to charge its performance security.

The document was received by the State fertilizer companies in Sri Lanka by late June 2022. Despite an agreement reached between both parties, Chinese company decided to secure an order and send it 6 months later to a crisis laden country. Now, Attorney General has instructed Secretary Ministry of Agriculture to take necessary action with regard to the complete deviation to the already reached agreement with the Qingdao Seawin Biotec Group Co Ltd.

According to Cabinet paper dated Aug 19, 2022 presented by Minister of Agriculture, Mahinda Amaraweera, the Chinese company had acted based on a presumption that they will receive a disadvantageous decision though the court enjoining order obtained by the two state fertilizer companies in respect of the Chinese fertilizer consignment shipped in contrary to the international law without a Plant Importation Permit.

China’s heavy-handed approach, later, forced the Sri Lankan government to back down. The Chinese company acted unilaterally to send the consignment without approval from Sri Lankan side which was later found to have contained harmful pathogens like Erwinia. While international laws bans transport of these live micro-organisms across countries, scientists have warned that the existence of these pathogens may lead to long term crop losses.

After remaining in Sri Lankan waters for nearly three months, the ship returned to China with the fertilizer and China had blacklisted the People’s bank of Sri Lanka for not honouring its Letter of Credit. Finally both parties reached a settlement at Colombo Commercial High Court according to which People’s Bank has provided USD 6.9 million to Chinese Fertilizer Company in return for a fresh batch of Organic Fertilizer. The Joint Statement declared that the return of the ship was due to the absence of import permit and not because of the presence of micro-organisms. Till date, Chinese company has not dispatched the shipment and Sri Lanka has even requested for Chemical fertilizer in the absence of organic fertilizer.

It is evident that Chinese company has misled the Sri Lankan authorities all these while by suppressing the fact that it had a court order in China while reaching a settlement in Colombo. The Chinese company denies encashing of performance bond claiming that it automatically expires after the stipulated period.

The Chinese Embassy not longer gets involved in the issue leaving Sri Lanka with few options than to take legal action against Chinese company. China might use its clout to save the reputation of its company which flouts international rules.

In the face of Sri Lanka being repeatedly bullied by China in the fertilizer issue by taking money and not supplying fertilizer, Sri Lanka’s Minister of Agriculture has proposed the Cabinet to approach Chinese Ambassador in Sri Lanka to intervene in this matter to withdraw the unilateral court decision obtained by Qingdao Seawin Biotec Group Co Ltd and appointment of a Ministerial Sub Committee to submit necessary recommendations to take appropriate steps to resolve the diplomatic issue.

In case, Chinese Ambassador does not intervene in the matter as expected by Sri Lankan government, the Attorney General will be informed to take immediate action against the court order obtained by the Chinese company, misleading the authorities in Sri Lanka.