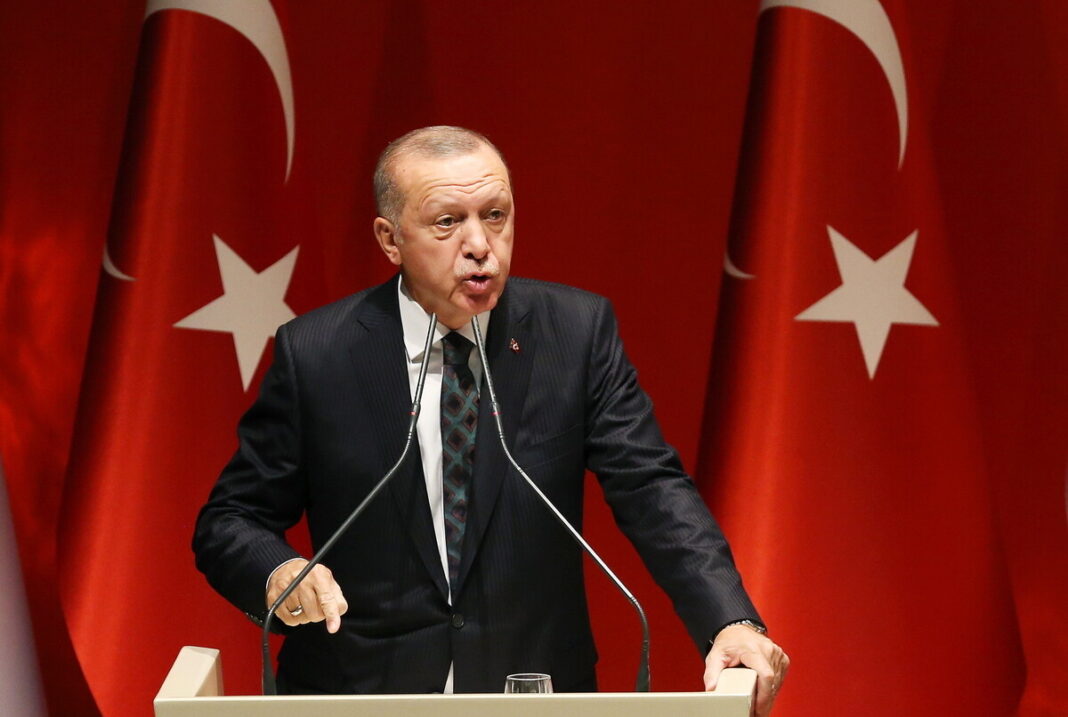 On November 30, 2021, Turkish President Recep Tayyip Erdogan announced the ‘New Economy Model’. He said, “With the new economy model, we are pushing the policy of attracting hot money by paying high interest rates. We will support production and exports with low interest rates”. Four months have passed but real picture does not match the targets mentioned in his statement. On the contrary, inflation, unemployment, interest and current account deficit have risen constantly.

Many economists argue that when the exchange rate and inflation got out of control in Turkey in September 2021, the government started to use the term ‘new economy model’ whereas there was no such model in existence. In November when President Erdogan announced the ‘New Economy Model’, the USD/TL rate was 12.96 but it rose to 18.36 by December 20, 2021. Similarly, the inflation rate, which was 21.31 percent in November 2021, rose to alarming levels at 61.14 percent in March 2022, the highest in two decades.

According to the unofficial data from the ENAG Inflation Research Group, the annual consumer price inflation rate was 143 percent during March 2022. Since Erdogan’s statement on November 30, the per litre price of petrol rosy by 105 percent, price of diesel increased by 117 per cent. In the past four months from November 30, 2021 to April 01, 2022, the natural gas price hike has been 68 per cent. Turkey imports almost all of its energy needs. Its energy costs started rising in September 2021 and surged 212% year-on-year in the first two months of 2022 to $16.8 billion.

Common Turkish citizens are bearing the brunt of continuous rise in inflation. According to a survey conducted by Istanbul Economic Research, some 59 per cent of citizens in Turkey cannot make ends meet. Turkey’s poverty threshold for a family of four rose to 16,052 liras in March 2022, almost four times higher than minimum wage. The poverty threshold indicates the money needed for a family of four to feed itself sufficiently and healthily, and it also covers the expenditures on basic necessities such as clothing, rent, electricity, water, transportation, education and health.

Whereas, the hunger threshold, which indicates the minimum amount of money needed to save a four-member family from starvation a month, became 4,927 liras in March, 675 liras above the minimum wage of 4,250 liras. Besides, the kitchen expenses rose by 8.74 percent monthly and 76.39 percent annually.

Compounding to the worries of common man, unemployment rate which was 22.1 per cent on November 30, 2021 rose to 22.9 per cent in January, 2022. It was claimed that unemployment would decrease in the ‘new economy model’; however, figures suggest that it is expected to rise in the coming months with the slowdown in the economy.

Turkey is a constitutionally secular republic, but President Recep Tayyip Erdogan’s Justice and Development Party (AKP) has pursued an Islamist agenda and has eroded democracy. This has led to erosion of confidence of foreign investors in Turkish economy and thus reduced the chances of any revival of country’s economy under President Erdogan’s ‘New Economy Model’.