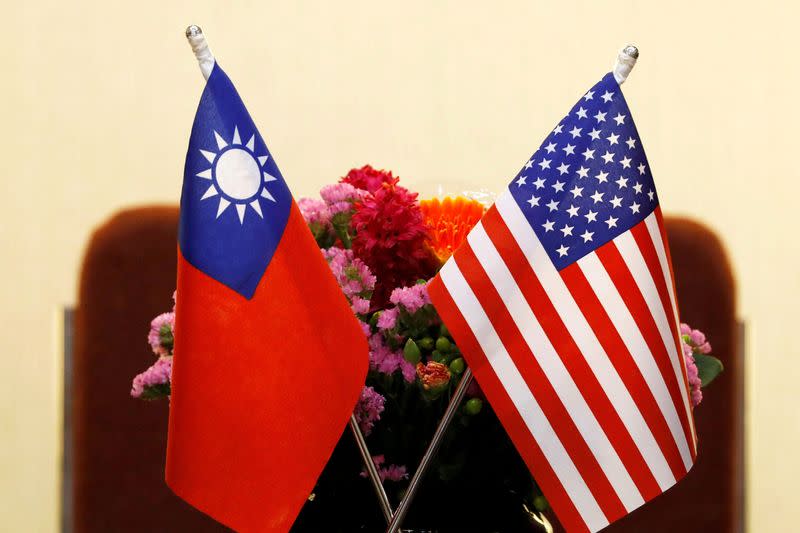 WASHINGTON (Reuters) – The U.S. Congress is expected to start voting as soon as Wednesday on a massive military policy bill including authorization of up to $10 billion in security assistance and fast-tracked weapons procurement for Taiwan, as China exerts pressure on the democratically governed island.

The compromise version of the annual National Defense Authorization Act, or NDAA, does not include some controversial provisions of Taiwan legislation lawmakers proposed earlier this year, including sanctions in the event of “significant escalation in aggression” against Taiwan by China, or a proposal that Taiwan be treated as a “major non-NATO ally.”

China considers Taiwan its territory and has never renounced using force to bring it under its control. Beijing responded angrily when the Senate Foreign Relations Committee approved broader Taiwan legislation in September despite concerns within President Joe Biden’s administration that the bill could go too far in heightening tensions with China.

The Senate and House Armed Services committees unveiled the NDAA late on Tuesday. The $858 billion military policy bill is expected to pass Congress and be signed into law this month.

The “Taiwan Enhanced Resilience Act” included in the NDAA authorizes appropriations for military grant assistance for Taiwan up to $2 billion per year from 2023 through 2027, if the U.S. secretary of state certifies that Taiwan increased its defense spending.

It also includes a new foreign military financing loan guarantee authority and other measures to fast-track Taiwan’s weapons procurement, as well as creation of a new training program to improve Taiwan’s defense.

“Taiwan’s democracy remains the beating heart to our Indo-Pacific strategy, and the depth and strength of our commitment to the people of Taiwan is stronger than ever,” said Democratic Senator Bob Menendez, chairman of the foreign relations committee and sponsor of the Taiwan legislation.

Passed every year since 1961, the NDAA addresses everything from soldiers’ pay increases and how many aircraft can be purchased to strategies for addressing geopolitical threats.

The compromise version of the NDAA followed months of negotiations between Republicans and Democrats in the Senate and House.