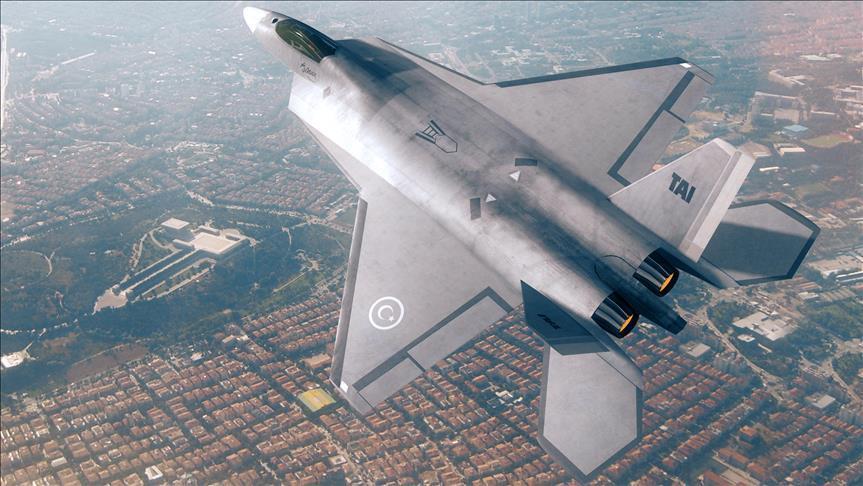 Turkey displayed a scale model of its fifth-generation fighter, codenamed the TF-X, at Pakistan’s IDEAS expo 2022, according to images and reports on social media.

About 28 Turkish defense manufacturers participated in Pakistan’s biennial event IDEAS 2022. Turkey, alongside China, is believed to have the most prominent presence at the expo. Turkish media has also reported that their pavilion attracted hundreds of visitors, including Pakistani officials.

A report in the Daily Sabah newspaper said that Turkish defense manufacturers were displaying an array of products, including military hardware, tactical mini-UAVs, light weaponry, artificial intelligence, and cyber security solutions. However, it did not mention that the fifth-generation fighter would be displayed.

The design and technical specifications were also visible on a banner in the images posted on social media.

Even though Turkey has displayed the TF-X scalable model on previous occasions, such as the Singapore Air Show and the UK Air Show, the exhibit in Pakistan is the most significant.

Earlier this year, there were reports that Ankara and Islamabad were working together on a fifth-generation fighter.

In February this year, the CEO of Turkish Aerospace, Temel Kotil, said in an interview that Turkey and Pakistan were jointly developing their fifth-generation jet. At the time, there were speculations about whether Pakistan would collaborate on the TF-X project or whether the two would work out another fifth-generation aircraft.

Since the interview caused ripples, there has been no confirmation about Pakistan’s participation in the project. However, Pakistan needs a fifth-generation combat aircraft, with its arch-rival India advancing work on its fifth-generation fighter program AMCA.

According to reports in the Indian media, the critical design review of the Indian AMCA is expected to be completed before the end of this year, after which the project will secure approval from the apex body Cabinet Committee on Security.

The officials in Islamabad can ill afford a capability gap with their arch-nemesis New Delhi. However, without clear communication from Turkey or Pakistan, it is unclear whether Pakistan will be invited for co-development or if the aircraft is being pitched to it for export.

The TF-X is a twin-engine, multirole aircraft designed project primarily designed for air-to-air missions, but it could also be employed for air-to-ground missions.

On August 5, 2016, the primary contract for the TF-X indigenous design and development program was signed between the Ministry of Turkish National Defense’s Under-Secretariat for Defense Industries (SSM) and Turkish Aerospace.

According to TAI, Turkey will become one of the few nations with the required technology, engineering infrastructure, and capabilities needed to produce a 5th-generation (or beyond) fighter plane once all crucial features (such as improved situational awareness, sensor fusion, low observability, weapon bay, and so on) have been incorporated into the TF-X program.

While the manufacturer has highlighted these features on multiple occasions, the display at Pakistan IDEAS 2022 stood with a banner that divulged more specific information.

The banner read, “The aircraft will provide air dominance through precise and accurate strike capability at high speed, high performance of radar, electronic warfare, electro-optic, communication and navigation, and air superiority with support of AI and multi-sensor data fusion.”

The banner also revealed some design specifications of the aircraft. The TF-X has a wing span of 16 meters, a length of 21 meters, and a height of six meters. The plane will have a maximum speed of 1.8 Mach and a service ceiling of 55,000 feet.

Turkey’s future National Combat Aircraft, TF-X, is expected to make its first flight in the next three years, and the prototype will be ready by 2023. Turkey has already been attracting customers by displaying mock-ups in Air Show exhibitions.

The first full-scale mock-up was displayed at the Singapore Air Show, which became its first-ever Asian display.

The display in Pakistan is significant but not shocking, as Turkey is one of its most important defense partners. As previously reported by EurAsian Times, Pakistan is set to receive cutting-edge Turkish UAVs like Akinci and TB2 drones that have proved their efficacy in Ukraine.

In addition to the TF-X display, a Turkish defense manufacturing firm, X SDT, signed a contract with the Pakistan Air Force (PAF) to develop systems that will offer pilots tactical training through stimulation at the exhibition.