Discontents Over Chinese Exploitation of Natural Resources of Gilgit –Baltistan 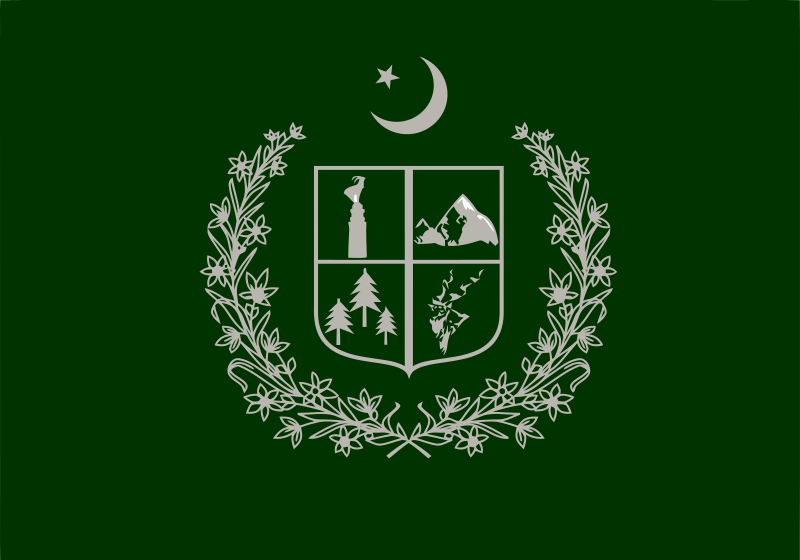 Beijing and Islamabad are building mega dams, oil & gas pipelines and extracting precious minerals in Gilgit-Baltistan (GB), exploiting the region to the fullest extent under the banner of China – Pakistan Economic Corridor (CPEC). However, this has come at a grave cost to local’s livelihoods and environmental sustainability. Many people feel that the arrival of Pak army in region with the promise of protecting locals is doing the contrary and facilitating the Chinese in over exploitation of natural resources.  This is causing anger among the locals who were kept in dark regarding Islamabad’s dealings with Beijing which favour Chinese companies more at the cost of environmental and livelihood damage.

The presence of natural resources is a testament of progress and prosperity of any region but ironically the case of GB is quite opposite.  The region is most backward and ignored area since inception despite having very high potentials for development.  The region is endowed with rich mineral and water resources, worth billions of dollars but people of the region face extreme poverty due to indifference of policy makers towards their plight. Around Rs. 500 million values of gemstones are extracted annually from Gilgit-Baltistan and efforts are underway to explore other precious minerals.  But people and leaders of the region are disappointed as they benefit little from it.

Recently, Khalid Khurshid Khan, the Chief Minister of GB, accused Islamabad of halving the development budget for the region to PKR 23 billion, a deliberate attempt to “push the region backwards”.  Despite providing major source for hydro electric power to whole of the country, the region receives just two hours of power, apart from facing food shortages.

In addition to the cut in funds, now the Chinese are taking away local lands and resources, allegedly with Islamabad’s connivance.  Pakistan is letting companies bring workers from China while tens of thousands of locals remain jobless. The systematic settlement of outsiders and interference in local politics and cultural rituals is further aggravating the conflict that never existed before.

The Chinese companies engaged in the region pay scant attention to the local concerns in this environmentally sensitive region.  Many accuse the China Roads and Bridges Corporation, a Chinese firm, of using devastating environmental practices in its expansion of the Karakoram highway in Gilgit-Baltistan. Besides, locals also allege that Chinese firms have failed to contribute to regional development. The Chinese companies refuse to share revenue from resource exploitation with them. Foreign companies don’t pay tax to the Gilgit government either, since they own their allegiance to Islamabad-based federal institution called Gilgit-Baltistan Council (GBC), which has absolute control over legislative matters pertaining to minerals, forests, water reserves, trade and transit routes, and issues mining licenses to foreigners without consulting with the Gilgit Administration.

It is estimated that Pakistan has awarded more than 2000 leases of industrial mines including Gold, Uranium and Molybdenum to China. Chinese miners and their affiliates are everywhere in GB especially in the Hunza-Nagar district, which is rich in uranium and rare earth elements.  It is also alleged that the Chinese companies are using crude methods of mining using indiscriminate blasting technique for excavation of minerals which cause irreparable destruction to the natural resources with lots of associated adverse consequences.

Reportedly there were protests in Hunza recently, against the leasing out of land to the Chinese.  The protesting locals resorted to stoning convoys of the Pakistan army. Hunza is a treasure trove for not only rubies and emeralds and vast tracts of coal but also of vital rare earth minerals which are crucial for production of motors and turbines and electric vehicles among others.  China is suspected to be taking these tracts of land to exploit these resources for development of its own industries as it is doing in African countries rather than local industrialization.

Amir Hussain, a political analyst from Lower Hunza stated that 500 acres of land has been allocated to create a special economic zone in the Maqpoon Das area in GB under CPEC. But, the project is facing issues related to land ownership and compensation to the locals.  However, the authorities have tried to bulldoze the local protest.

Instead of addressing local concerns, the Army is planning to build checkpoints to provide security to the Chinese projects. The locals are not allowed to protest against Chinese projects. Those who do are so are booked under anti-terrorism laws and dubbed anti-state elements. The resentment over arbitrary land use has grown recently. Protests erupted recently against the Frontier Works Organization over the construction of the Gilgit – Skardu road.

One of the most controversial projects, Daimer – Bhasha dam’s construction will submerge more than 50,000 cultural and religious petroglyphs which date back to Sogdian, Scythian and Tibetan era.  The Diamer-Bhasha Dam, being constructed on River Indus, is scheduled to be completed in 2028-29. It is set to have a gross storage capacity of 8.1 Million Acre Feet to irrigate 1.23 million acres of additional land.  It would cost not only in terms of cultural heritage, but also loss of arable land, destitution and natural disaster.

All this happens because of a federal structure in Pakistan in which provincial government’s are bullied to accept federal governments directives without any say. The elected government of GB is not part of the dialogue process between Pakistani and Chinese leaderships with regard to CPEC. Faizullah Faraq stated “Most of the hotels, shops, markets and businesses are already owned by non-locals from Khyber Pakhtunkhwa or Punjab.” CPEC projects are feared to attract more migrants displacing the locals. This will ultimately turn the locals into a minority.

While Islamabad earns billions in revenue from the region annually from trade and transit, water resource exploitation, trophy hunting, eco-tourism, mineral exploration and direct and indirect federal taxes, the lion’s share of these earnings are not allocated for the development of the region. The autonomous region finds rare mention in mainstream media but is gaining significance as protests are becoming more frequent.